PRO BMX Racer Joe Baumert was an original member of the Mr. Bike BMX Race Team from Lincoln, Nebraska. He was a pioneer in the sport during the early days of Bicycle Motocross racing. He raced at the first BMX track in Nebraska – Yankee Hill BMX under the National Bicycle Association (NBA) sanction. He also raced in the American Bicycle Association (ABA) PRO Class during the 1980’s and 1990’s. Joe was on a number of Factory BMX teams and enjoyed success on the national PRO racing circuit well into the 1990’s. Joe was one of the first BMX trainers at the Woodward BMX Training Center – a highly respected BMX training camp where he taught each summer for many years. He was inducted into the Nebraska BMX Hall of Fame on August 21st, 2010. 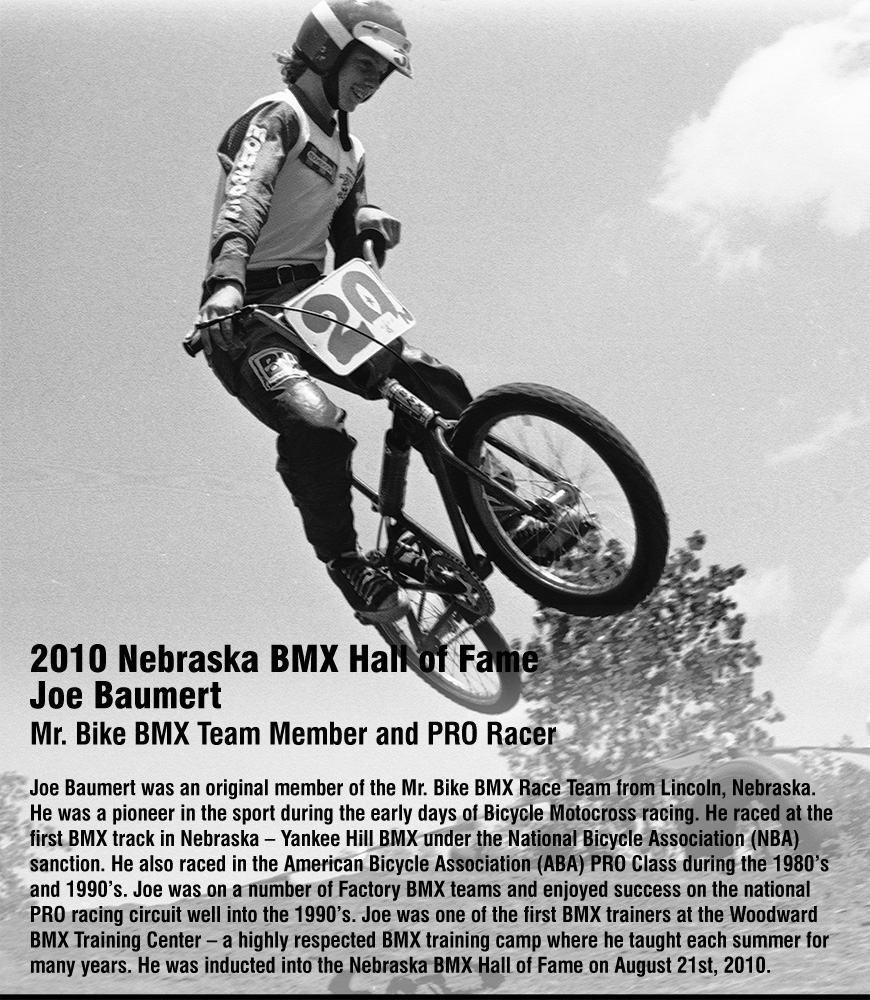 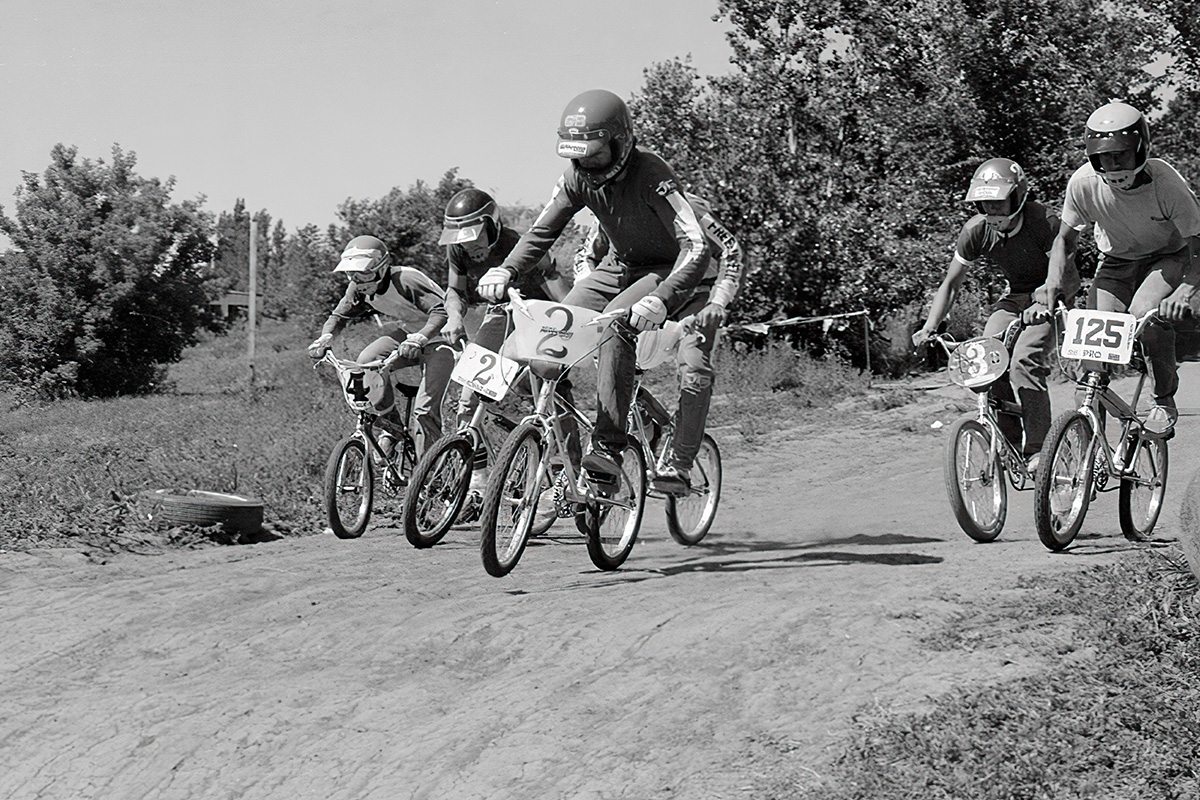 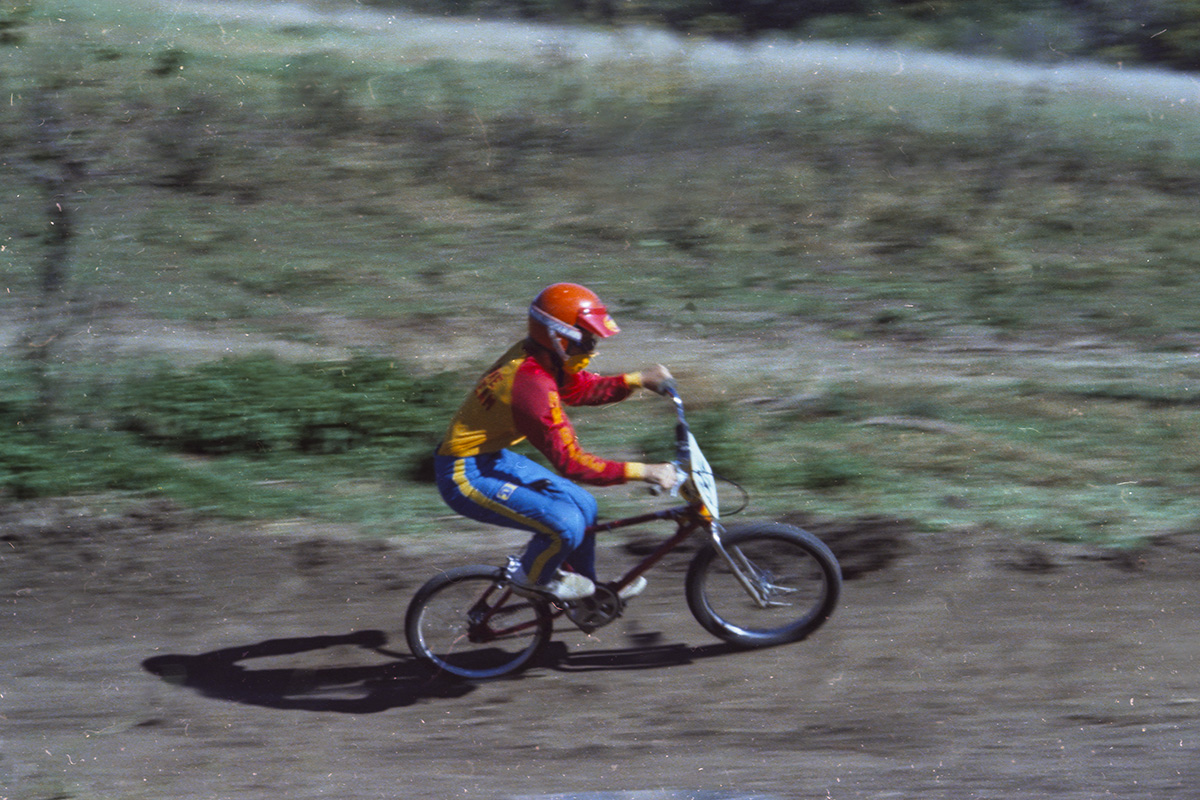 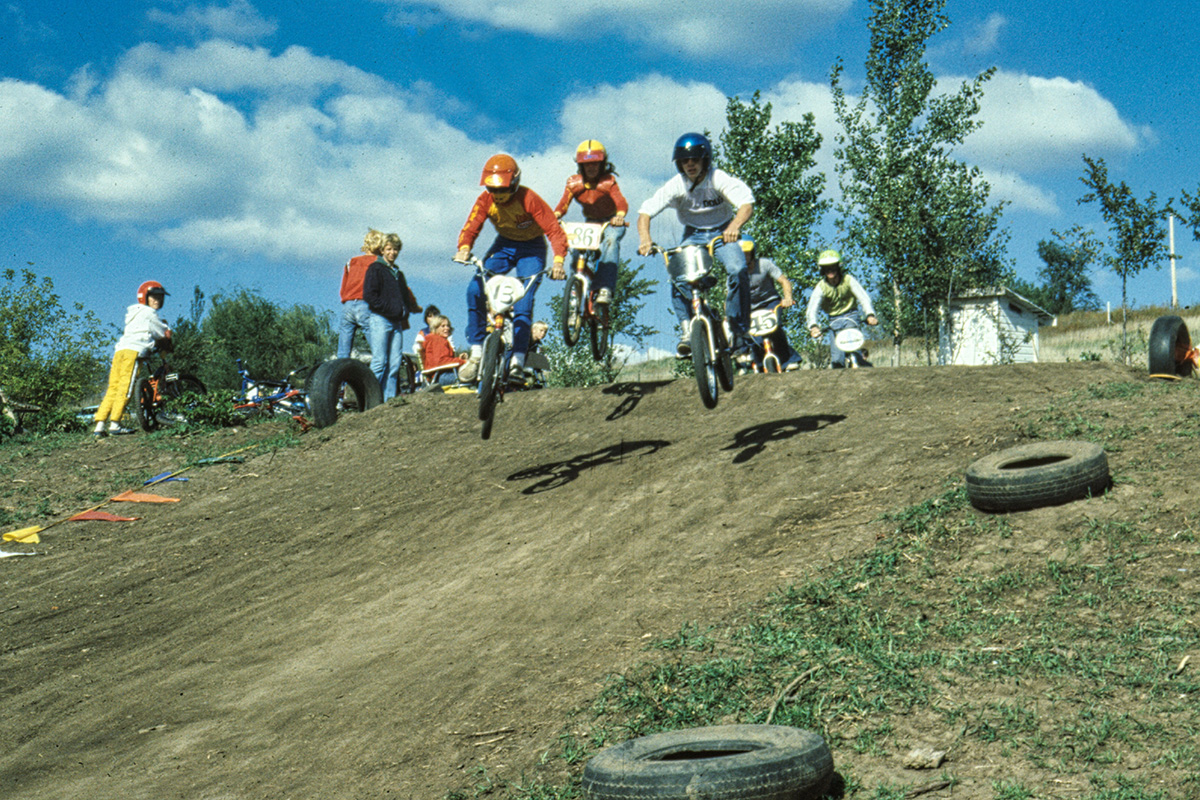 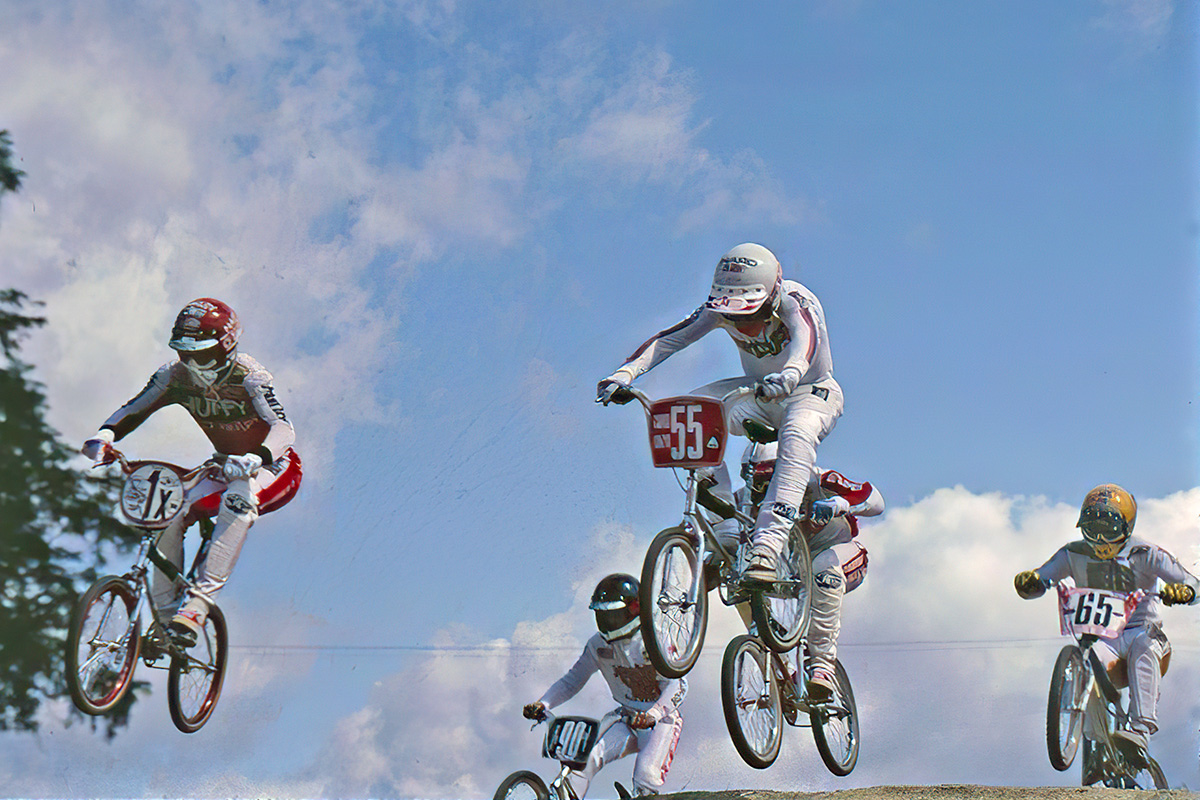 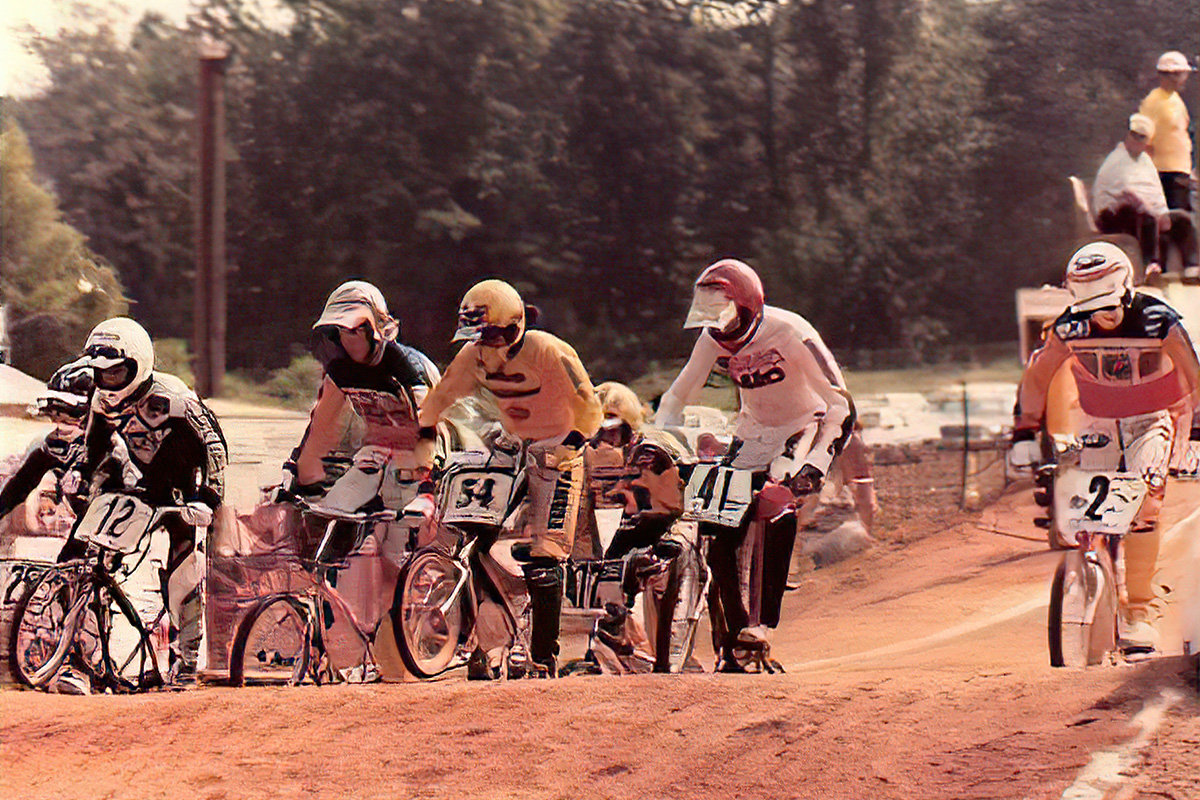 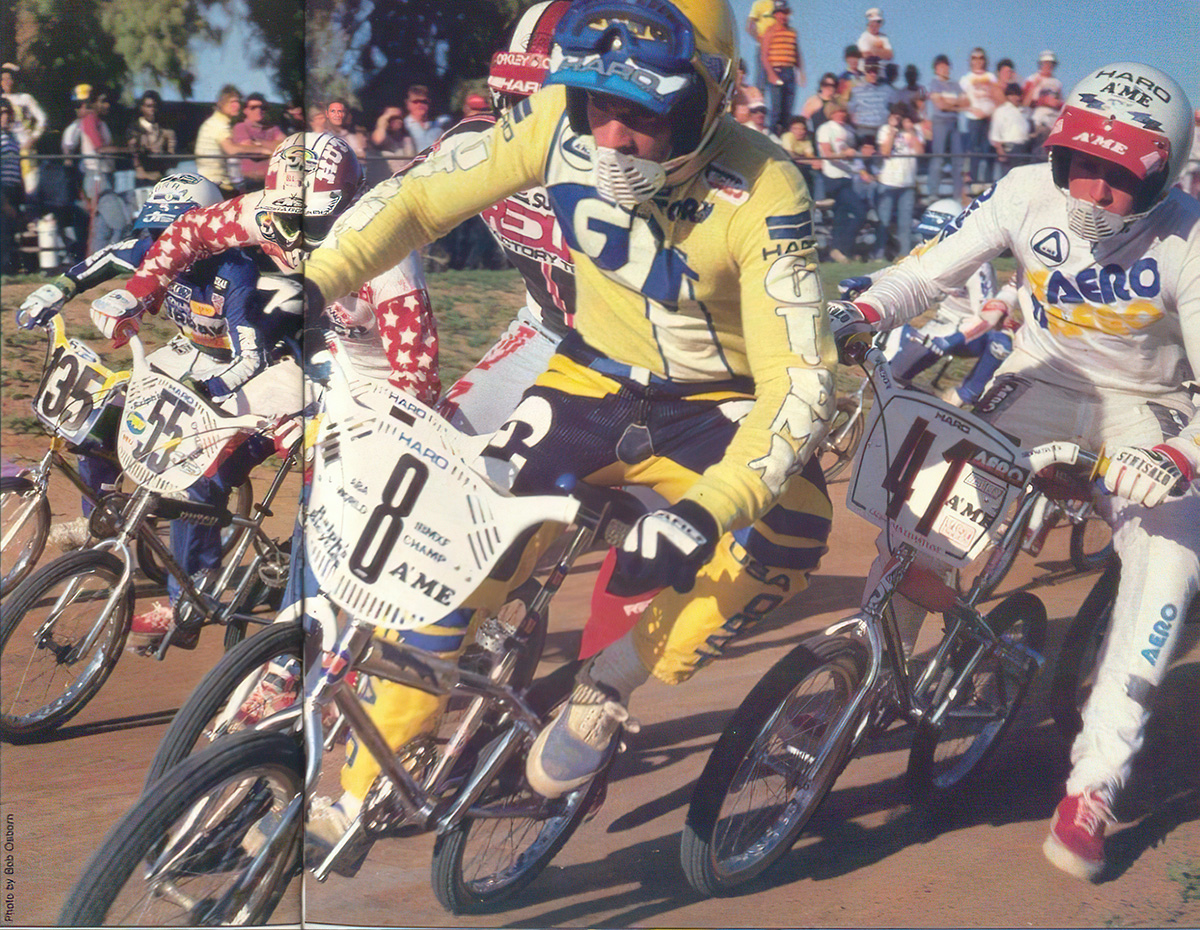 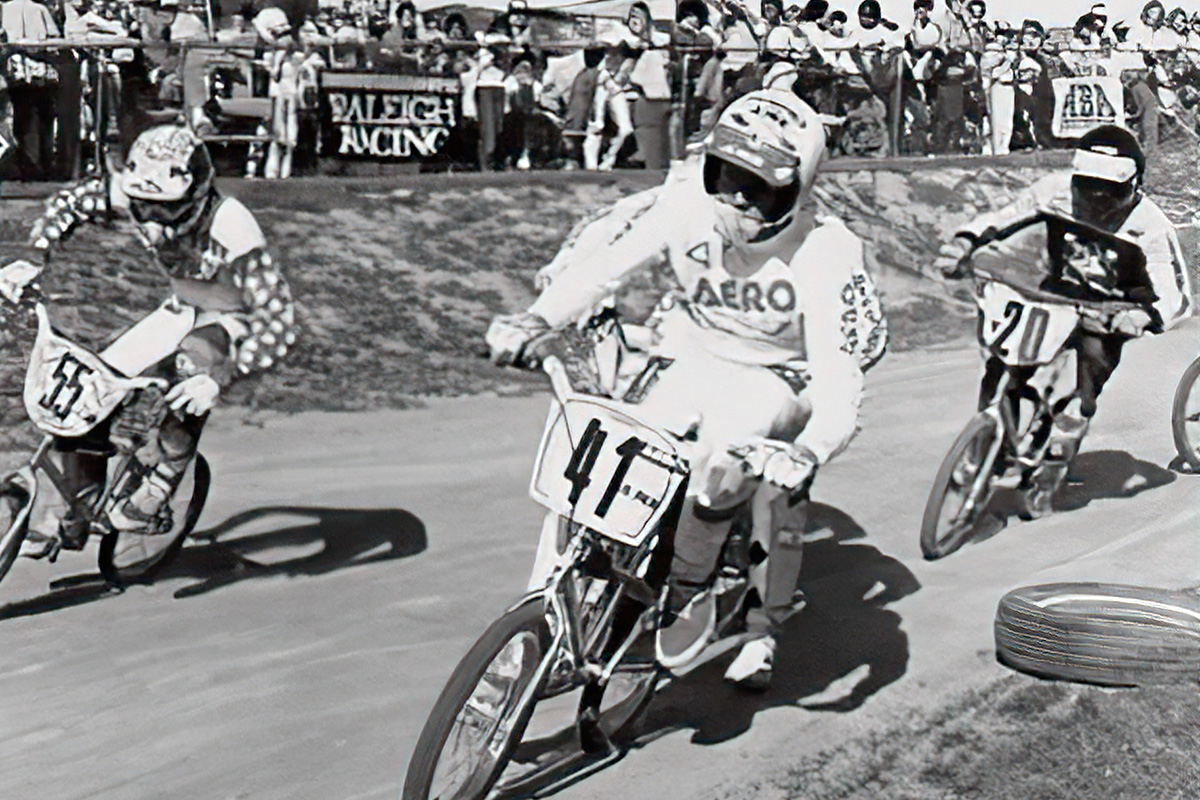 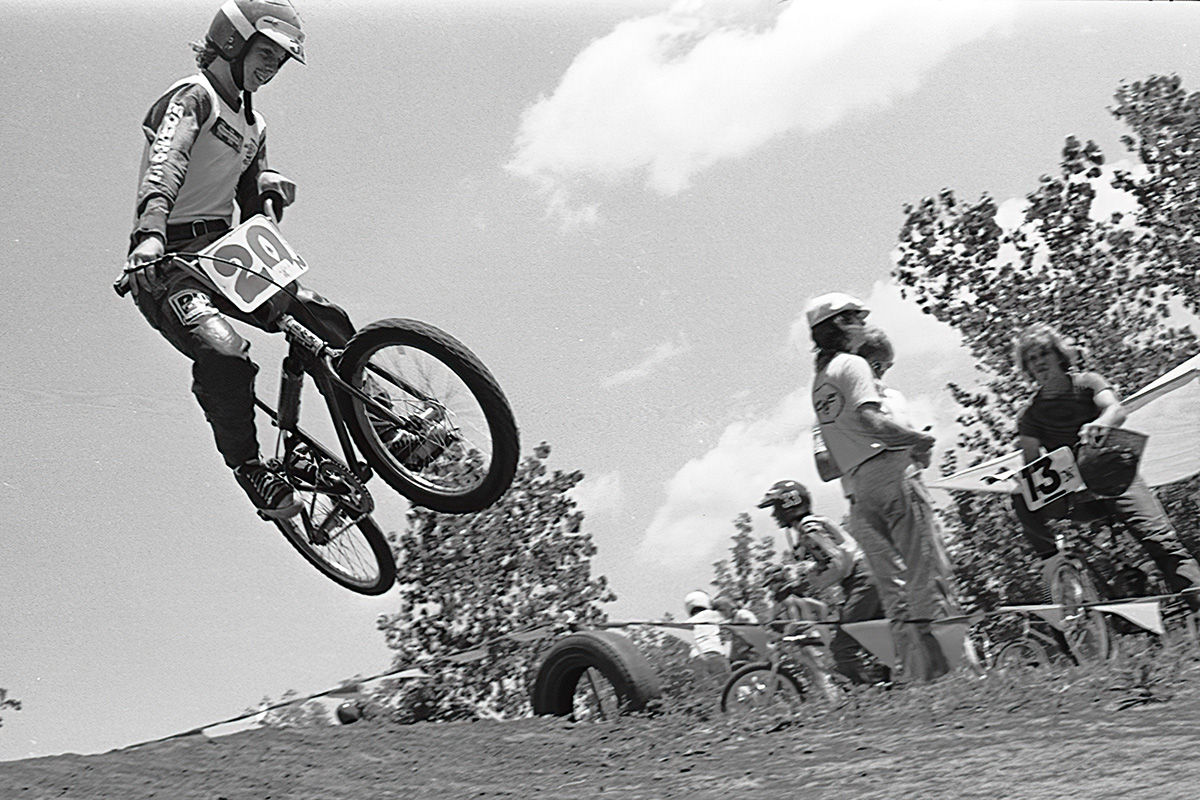 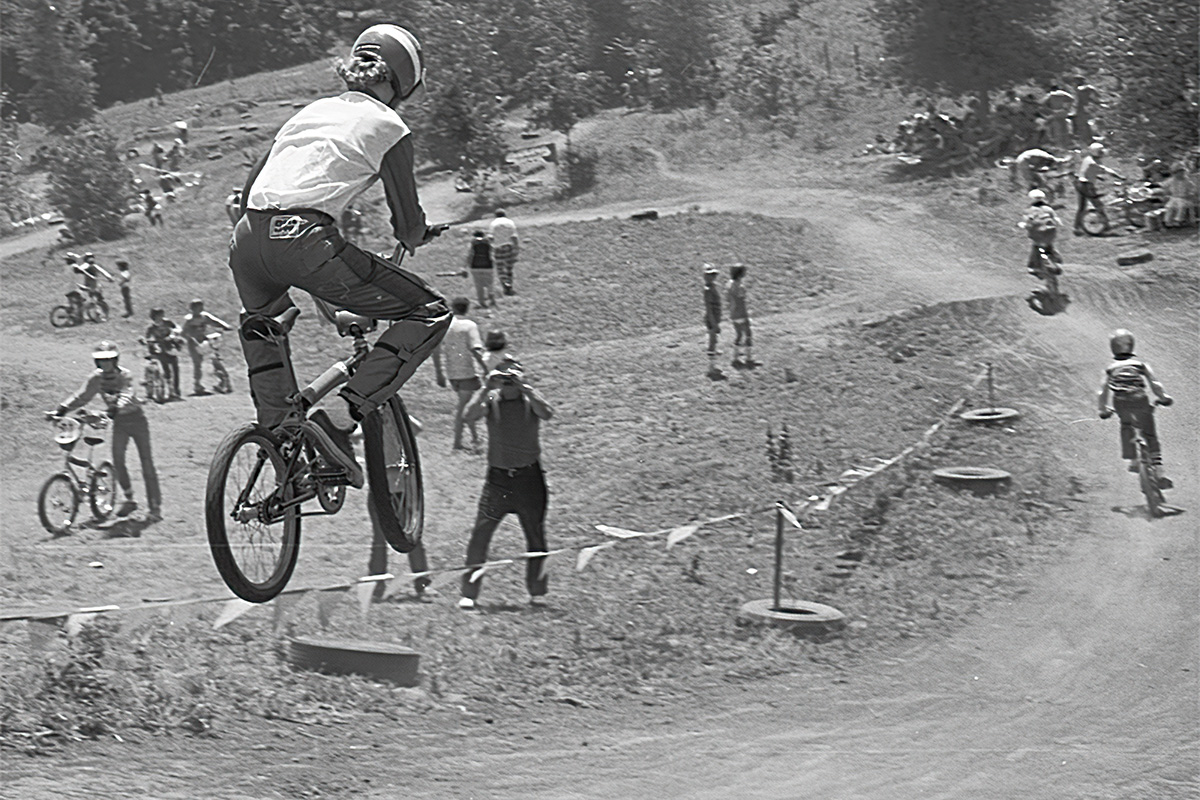 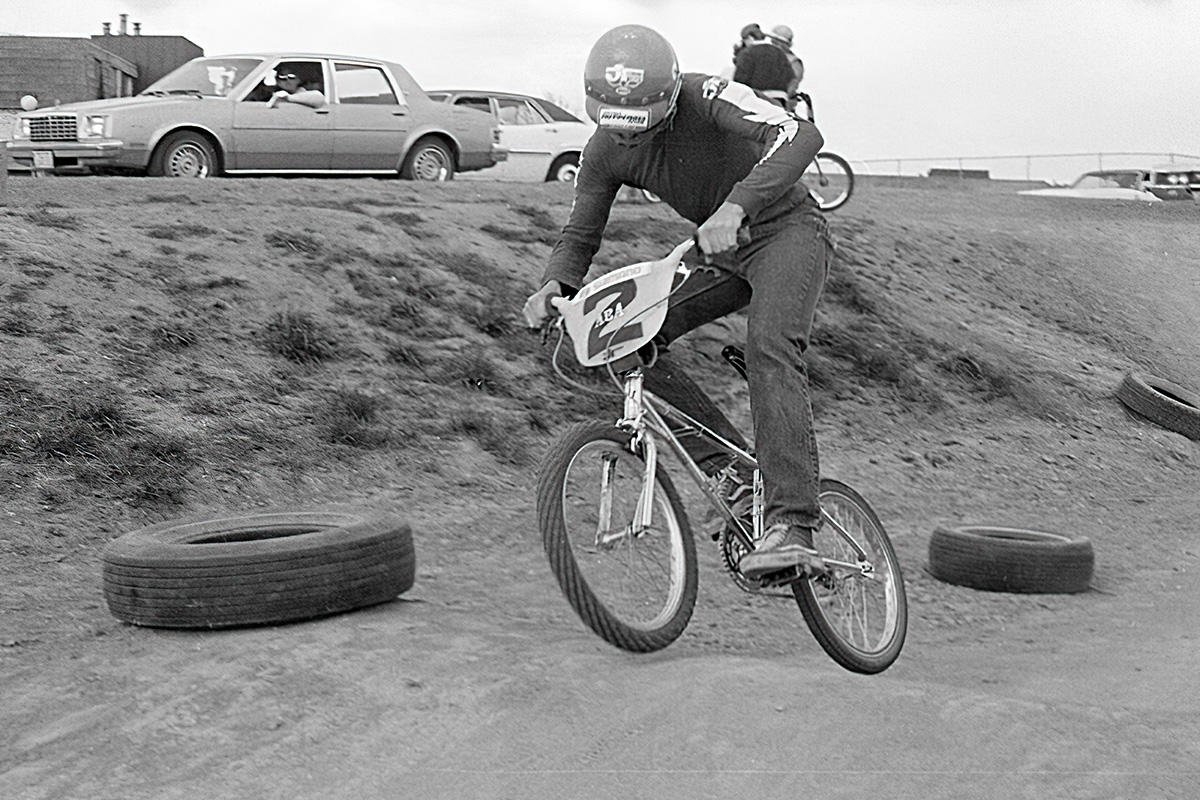 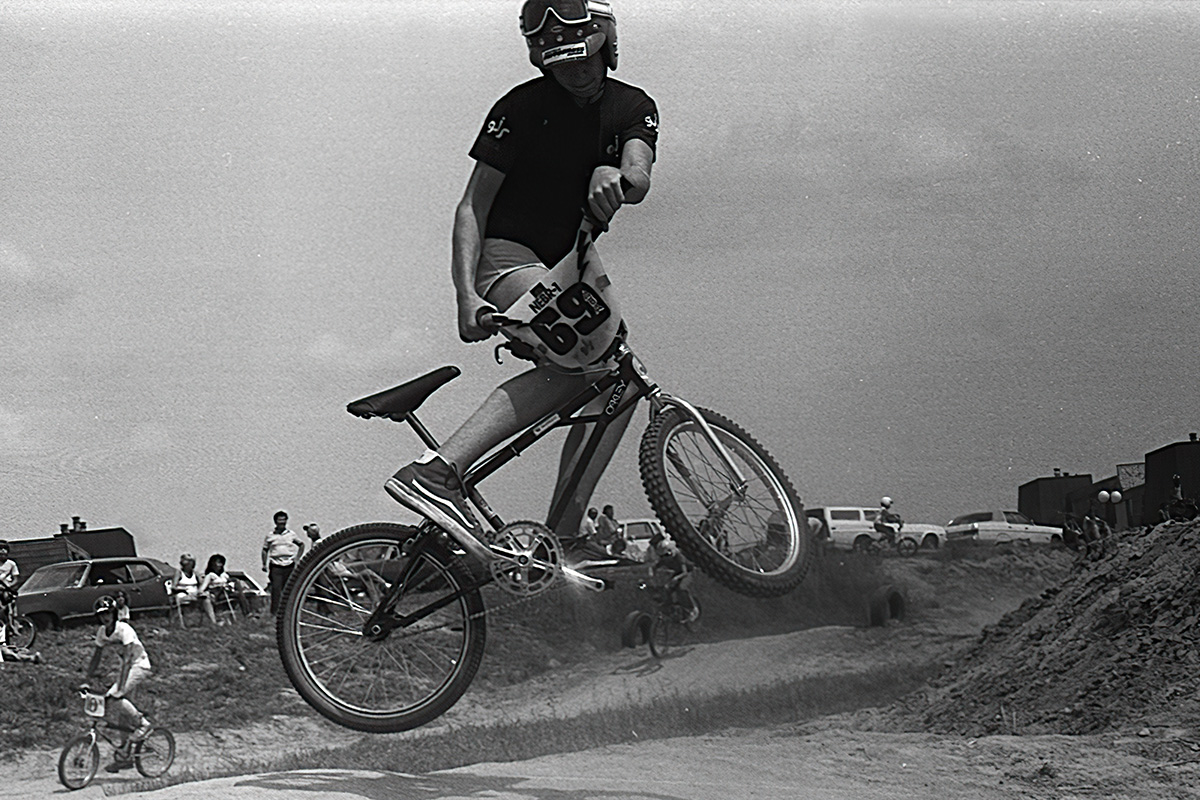 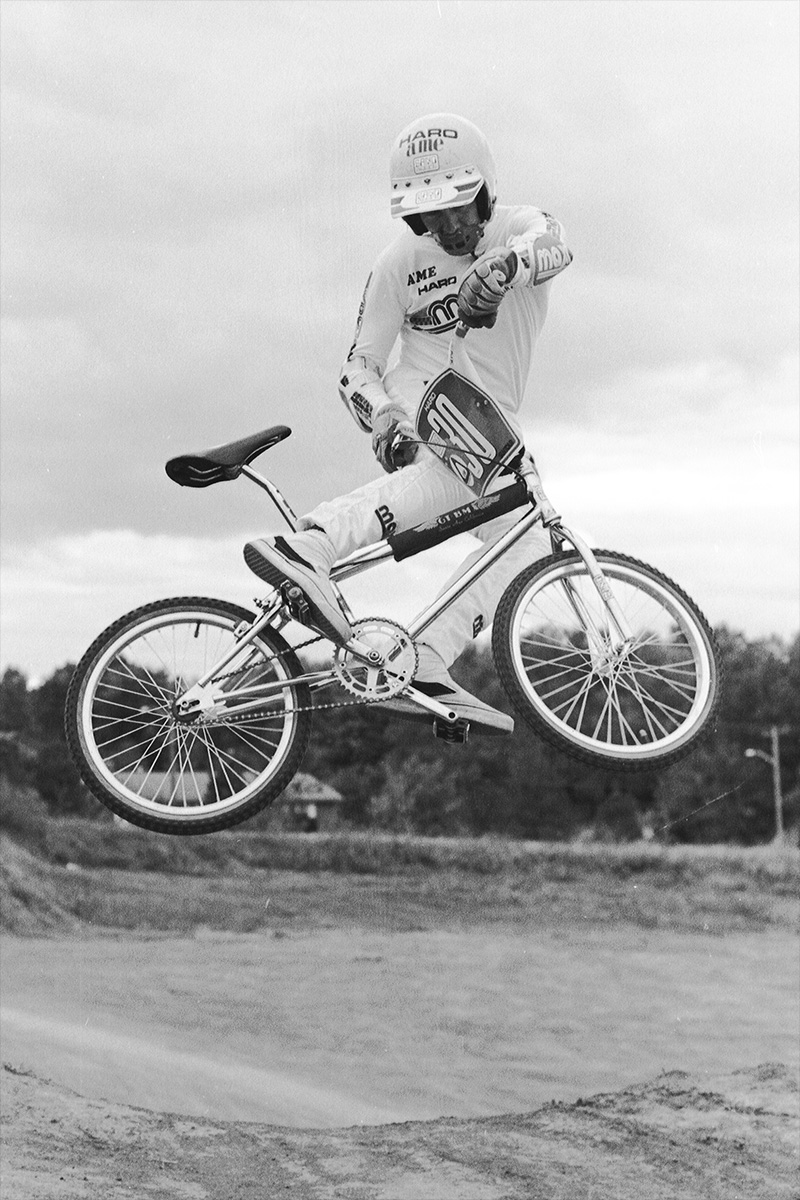 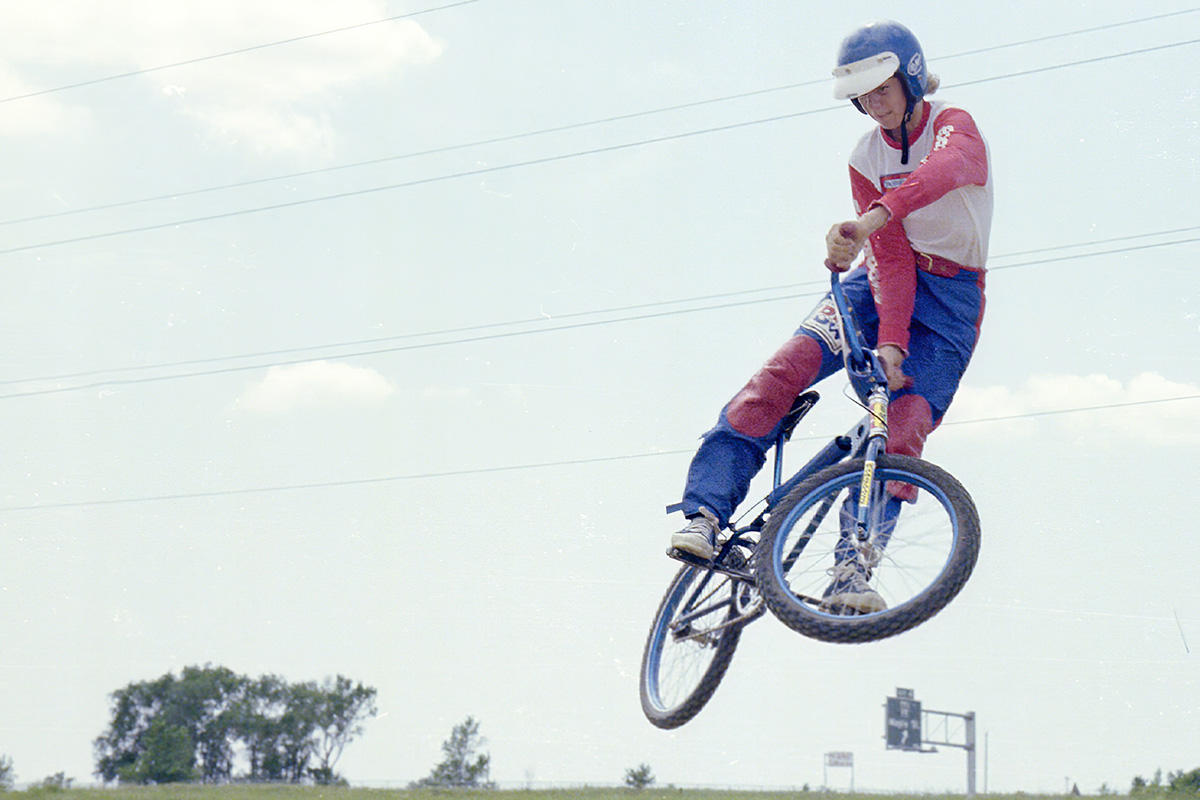 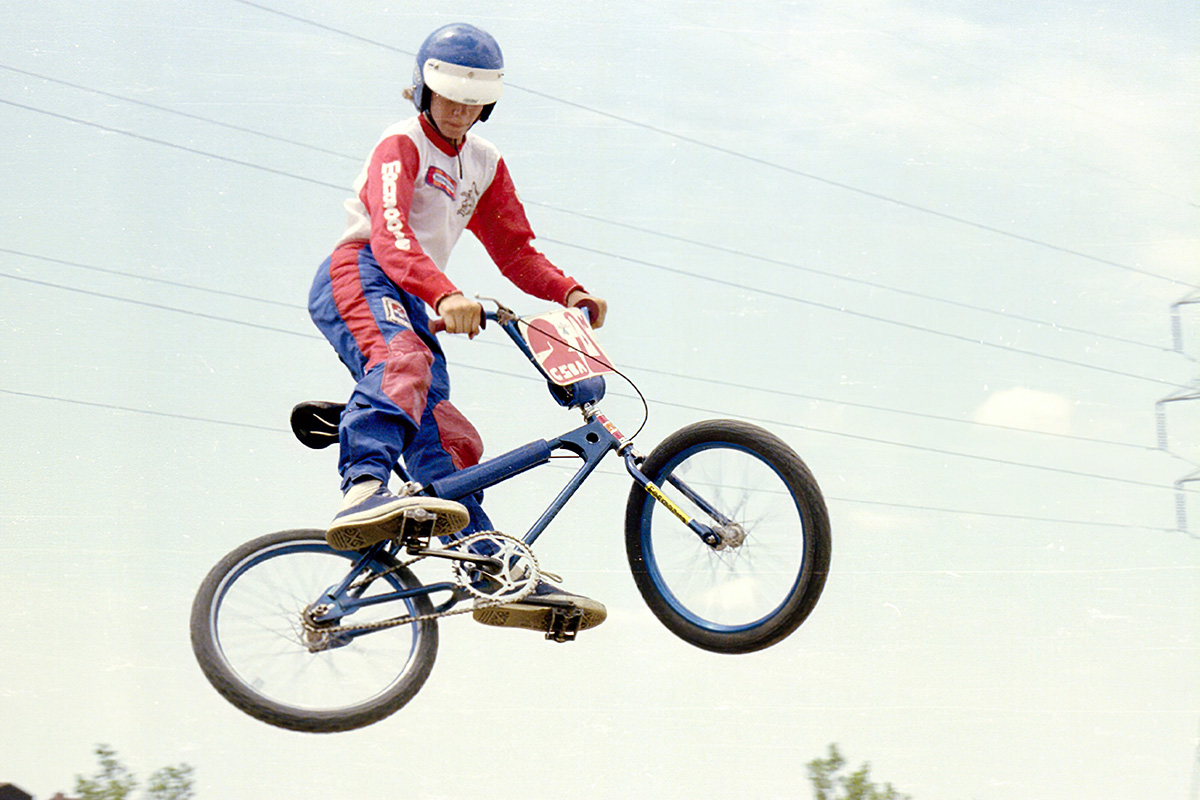 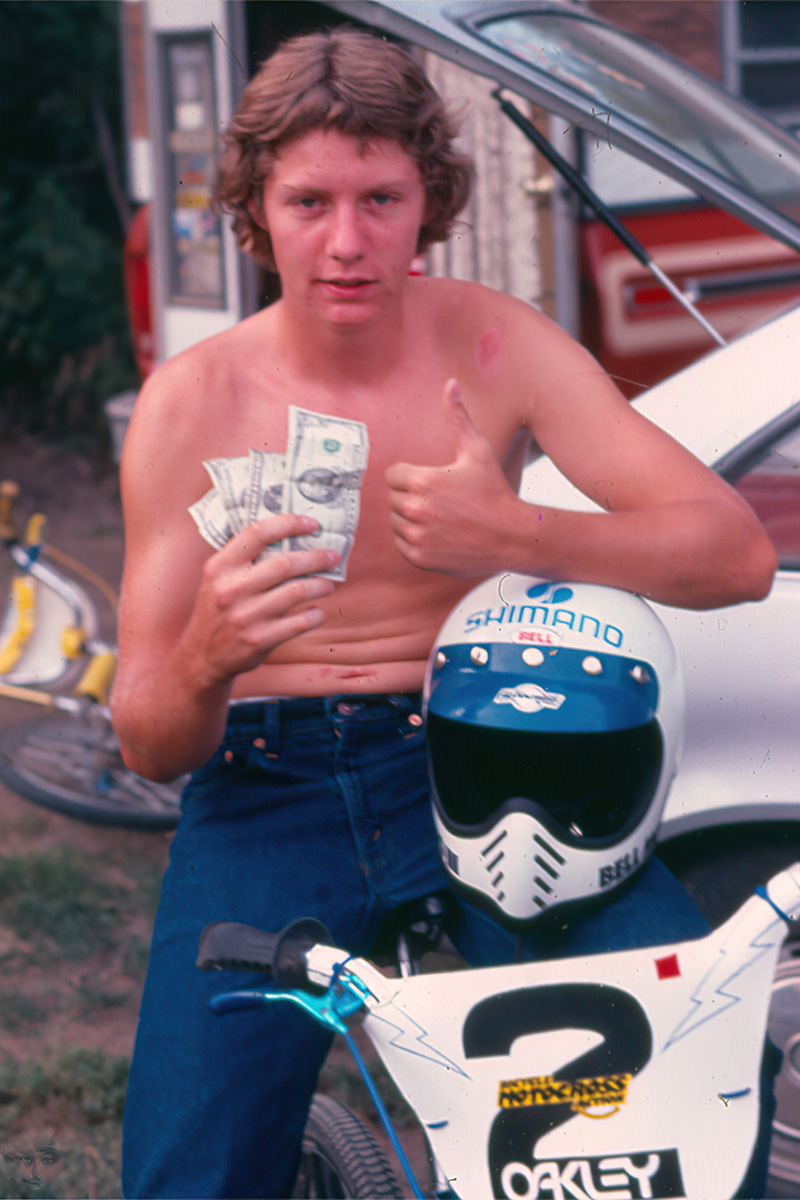 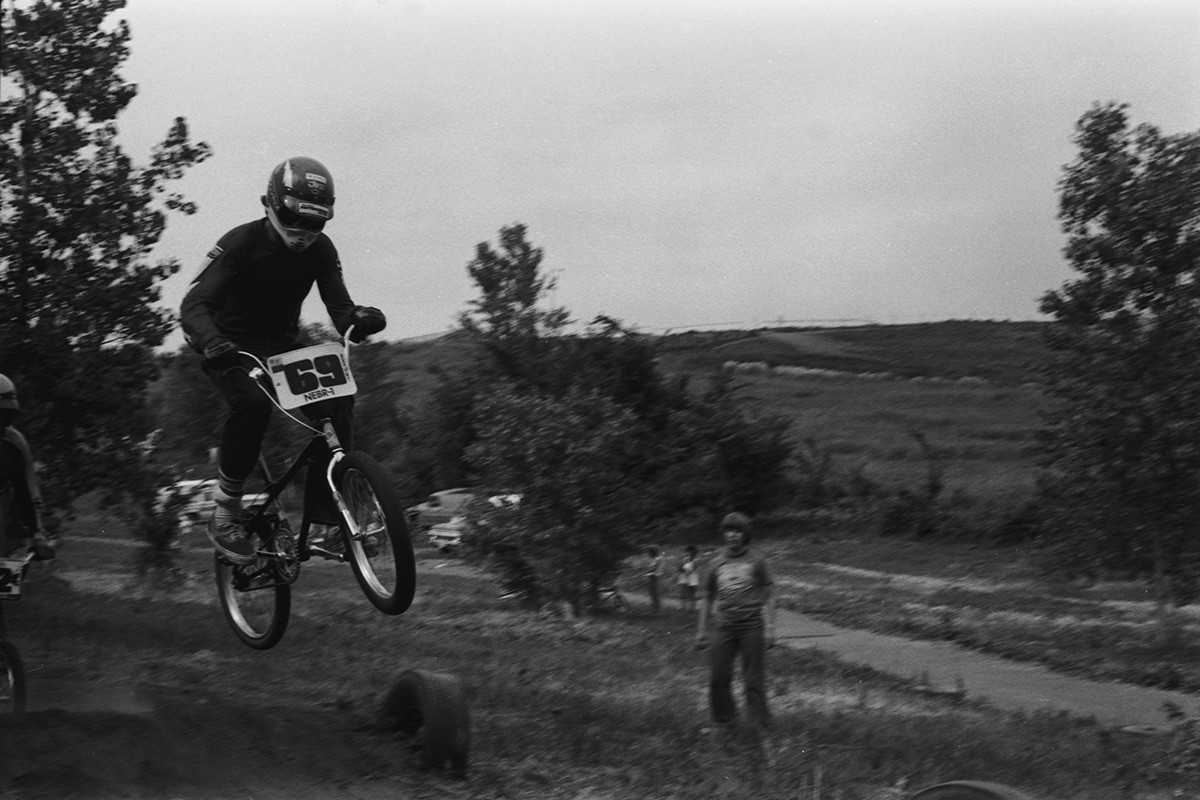 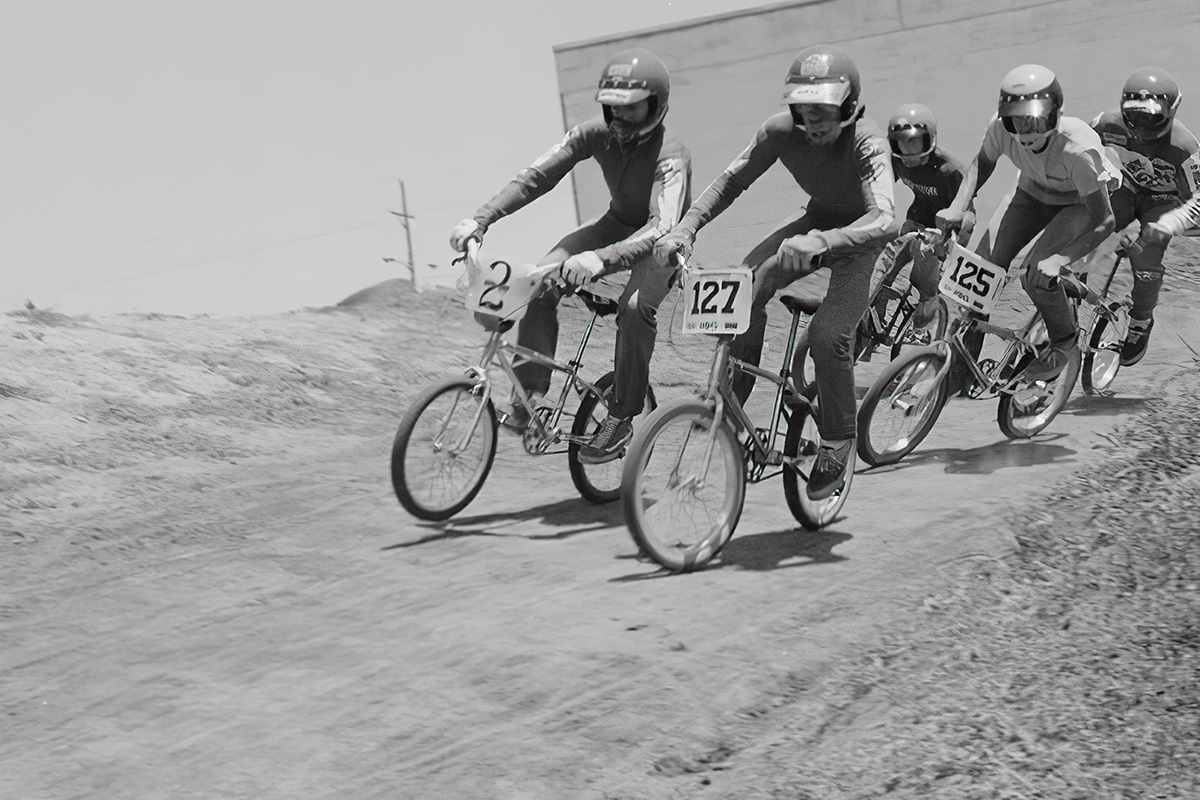 Of all Professional BMX racers to come from Nebraska, Joe Baumert is in the top two as far as wins, national exposure, and world-wide popularity. As the Pro division grew in both the ABA and NBL sanctions, Joe Baumert became a fixture at nearly all major races and nationals. While most top Pros had sponsorships, Joe did most of his racing unsponsored as a privateer.

You can’t talk about Joe without mentioning his long-time friend, racing companion and Hall of Famer Greg Grubbs. The two were inseparable from the 1070’s to the 1980’s and into the 90’s. Greg Grubbs rose to fame with his amazing jumping skills, track speed and outgoing personality. Joe Baumert was equally fast, arguably the more powerful racer and much more reserved. In their debut season in the A Pro class in 1980, it was not uncommon for Joe Baumert to win on Saturday and Greg Grubbs on Sunday. If BMX ever had a Martin and Lewis, or Lennon and McCartney, it was Joe Baumert and Greg Grubbs. The only thing they did better than racing was to keep everyone entertained with their quick wit, comedic pranks and nicknames they would develop for any rider, parent, track operator or unknowing sole that happened to be to around at the time.

Joe Baumert and Greg Grubbs combined for an amazing list of amateur, and more importantly, professional wins throughout the Midwest and nationally.

Joe Baumert started his long BMX racing career in the incredibly early days of BMX in July of 1975 racing on a modified Schwinn Sting Ray. He placed third and was instantly hooked. Who placed first? Hall of Famer Greg Grubbs. Joe Baumert’s BMX career spanned three decades from 1975 to 1991. Four years as an amateur and 12 as a professional. Joe Baumert was a fixture at major national events and competed at more nationals and followed more national tours as an amateur, and more importantly as a professional without sponsorship help than anyone. No current Hall of Famer or nominee competed at more races in the late 1970’s and through the golden years of BMX into the mid 1980’s as a privateer than Joe Baumert.

Nebraska was a tough place to land a good sponsorship, just ask Hall of Famer Greg Grubbs. That fact alone speaks volumes on Joe’s dedication and love to BMX racing and the imprint he has left on the sport.

Joe Baumert was a pioneer in the sport during the early days of Bicycle Motocross racing. At age 12 he was responsible along with six other racers for implementing the first sanctioned BMX track in Nebraska – Yankee Hill BMX under the National Bicycle Association (NBA) sanction.

Joe Baumert’s accomplishments in the sport from ages 11 to 15 as an amateur range from two Nebraska State Champion titles, to numerous main event finishes on the NBA, CSBA and ABA tours and nationals against the likes of Greg Hill, Carl Burris, Tim Richardson,  Steve Givens and Mike Bush to name a few. Joe finished Number Two, two years in a row in the ABA Nebraska District points race in 1978 and 1979. He capped off his amateur racing career by finishing 5th in the 15 Expert class at the 1979 Jag World Championships in Indianapolis, Indiana. Joe considers this one of his greatest accomplishments, losing to Hall of Famer Eddy King and nominee Donny Atherton.

Joe Baumert turned Pro in April of 1980, ten days after his 16th birthday, a very young age to turn Pro at the time.  It was as a Professional that Joe Baumert had his most success with numerous A Pro Money and Pro Open victories competing in the ABA from 1980 through 1981, before moving up AA Pro late in 1982.

As an unsponsored AA Pro, Joe Baumert had numerous AA Pro money and Pro Open finishes in the summer of 1982 while following the ABA National tour and ESPN BMX Series. At Waterford Oaks, Michigan, when there were not enough AA Pros to form a class, Joe volunteered to “move up” to AA so they could have a class and then proceeded to beat them all, including Hall of Fame riders Kevin McNeal and Greg Grubbs.

In 1983 Joe Baumert started the year strong finishing 2nd place at the ABA Winter Nationals in AA Pro behind Hall of Famer Greg Hill and beating out six other Hall of Famers. It was after this race that Joe Baumert along with Hall of Famer’s Mike Miranda, Greg Grubbs and nominee Mike Poulson were asked to teach at the legendary Woodward BMX training facility in Pennsylvania. This put Joe in an excellent position as nearly all NBL and a great deal of ABA nationals were on the East coast. Teaching between 2,500 to 3,500 kids the sport of BMX in 1983, 1984, 1985 and 1986 is one of Joe’s greatest if not the greatest achievement and most importantly his biggest contribution to the sport of BMX.

The summer of 1983 was spent teaching at Woodward and on the NBL and ABA tour and the East coast with numerous AA Pro money and Pro Open finishes. Joe was unsponsored and competing week in and week out on the NBL War of the Stars and at ABA nationals against the best AA Pro’s and often beating those sponsored riders.

Joe Baumert finished 1983 impressively finishing tied for 2nd place in the AA Pro Money class at the ABA Grand Nationals in Tulsa, Oklahoma. Joe won the first of three main events in that class against an extraordinarily strong field of AA Pros.

1984, 1985 and 1986 again were spent competing on the NBL War of the Stars, ABA Nationals and a new organization the USBA. Joe Baumert was offered and accepted a factory sponsorship with the Kuwahara Factory Team in 1986.

From August of 1986 through late 1987 Joe was sidelined from the sport with mono, tonsillitis and sinusitis but continued to ride and race locally. He relocated to Colorado for college and resumed his racing with the legendary Rocky Mountain Harley Davidson team as their Pro rider. From 1988 through 1991. Joe reclassified as an A Pro and competed locally and nationally as he completed college.

Joe Baumert retired from BMX in 1991 after completing college.

I’m proud to help induct my friend Joe Baumert into the Nebraska BMX Hall of Fame.

Other Noteworthy Information about Joe Baumert:

Inducted into the Nebraska BMX Hall of Fame in 2010